Black Economic Alliance (BEA) has launched the first of an ongoing series of videoconference discussions with policy experts, business leaders, and public officials to discuss the impact the COVID-19 pandemic on the work, wages, and wealth of Black Americans. This series connects BEA supporters with experienced crisis managers who will help the BEA network better understand the range of issues surrounding the current pandemic. While we all practice social distancing to stop the spread of COVID-19, this series enables BEA supporters to tune in from home to see and hear in-depth discussions with experts led by BEA members, and to submit questions in advance. This series is intended to provide the BEA network with access to information and tools for impact.

Stacey Abrams is a New York Times bestselling author, serial entrepreneur, nonprofit CEO, and political leader. After serving for eleven years in the Georgia House of Representatives, seven as Democratic Leader, in 2018, Abrams became the Democratic nominee for Governor of Georgia, winning more votes than any other Democrat in the state’s history. Abrams was the first black woman to become the gubernatorial nominee for a major party in the United States, and she was the first black woman and first Georgian to deliver a Response to the State of the Union. After witnessing the gross mismanagement of the 2018 election by the Secretary of State’s office, Abrams launched Fair Fight to ensure every American has a voice in our election system through programs such as Fair Fight 2020, an initiative to fund and train voter protection teams in 20 battleground states. Over the course of her career, Abrams has founded multiple organizations devoted to voting rights, training and hiring young people of color, and tackling social issues at both the state and national levels. In 2019, she launched Fair Count to ensure accuracy in the 2020 Census and greater participation in civic engagement, and the Southern Economic Advancement Project, a public policy initiative to broaden economic power and build equity in the South. Abrams received degrees from Spelman College, the LBJ School of Public Affairs at the University of Texas, and Yale Law School.

Sherrilyn Ifill is the seventh President and Director-Counsel of the NAACP Legal Defense and Educational Fund, Inc. (LDF), the nation’s premier civil rights legal organization. LDF was founded in 1940 by legendary civil rights lawyer (and later Supreme Court Justice) Thurgood Marshall. Ifill served as an Assistant Counsel for LDF from 1988-1993, litigating voting rights cases. She left LDF to teach at the University of Maryland School of Law in Baltimore, where in addition to teaching in the classroom, she litigated civil rights cases alongside her students for 20 years. Ifill returned to LDF to lead the organization in 2013 and has emerged as one of the nation’s leading voices in the struggle for racial justice and equality. Under her leadership, LDF has intensified its litigation challenging voter suppression, racial discrimination in the criminal justice system and housing discrimination, and has taken a leadership role in resisting federal efforts to roll back civil rights gains in areas such as affirmative action, employment discrimination and school discipline policies. A critically acclaimed author, her scholarly articles and her 2007 book “On the Courthouse Lawn: Confronting the Legacy of Lynching in the 21st Century,” reflect Ifill’s lifelong engagement in and analysis of issues of race and American public life. Ifill graduated from Vassar College in 1984 with a B.A. in English and earned her J.D. from New York University School of Law in 1987. She serves on the board of the Learning Policy Institute and on the Advisory board for the Profiles in Courage Award. She is a past chair of U.S. board of the Open Society Foundations, one of the largest philanthropic supporters of civil rights and liberties in the country.

Friday, May 15, 10:15 AM – Urban Institute President Sarah Wartell and Dr. Zeke Emanuel Discussing the Health and Economic Impacts of COVID-19 on Black Americans

Sarah Wartell is the third president of the Urban Institute—an economic and social science research and policy organization whose more than 450 researchers, experts, and other staff believe in the power of evidence to improve lives and strengthen communities. During her tenure, Urban has articulated its strategy to “elevate the debate” by bringing more of its insights from research to federal, state, and local government and practice; becoming a leader in research communications and data visualization; and undertaking an ambitious program of business systems and technology modernization. Wartell was the founding chief operating officer and then executive vice president of the Center for American Progress. She previously served as deputy assistant to President Clinton for economic policy and deputy director of the National Economic Council, and practiced law at Arnold & Porter before that. Wartell serves on the board of Enterprise Community Partners and on Bank of America’s National Community Advisory Council. Her areas of expertise include community development, consumer finance, asset building, and housing finance. Wartell has an AB degree with honors in urban affairs from Princeton University’s Woodrow Wilson School of Public and International Affairs and a JD from Yale Law School.

Dr. Emanuel is Vice Provost for Global Initiatives and Chair of the Department of Medical Ethics and Health Policy at the University of Pennsylvania, and he is also a Senior Fellow at the Center for American Progress. He was the founding chair of the department of bioethics at the National Institutes of Health (NIH). From January 2009 to January 2011, he served as special advisor for health policy to the director of the White House Office of Management and Budget. He previously served as chair of the Department of Bioethics at The Clinical Center of the National Institutes of Health and a breast oncologist. Dr. Emanuel received his M.D. from Harvard Medical School and his Ph.D. in political philosophy from Harvard University. Previously, he served on the faculty at the Dana-Farber Cancer Institute, a visiting professor at the University of Pittsburgh School of Medicine, UCLA, the Brin Professor at Johns Hopkins Medical School, and the Kovitz Professor at Stanford Medical School and visiting professor at New York University Law School. Dr. Emanuel has written and edited 9 books and over 200 scientific articles. He is currently a columnist for the New York Times.

May 4, 2020 – Discussion with Senator Cory Booker and Robert F. Smith

Cory Booker represents New Jersey in the United States Senate, where he sits on the Senate Small Business and Entrepreneurship Committee, among others. Robert F. Smith is the Founder, Chairman, and CEO of Vista Equity Partners, which manages equity capital commitments of over $57 billion and oversees a portfolio of over 60 software companies. Senator Booker and Mr. Smith discussed how the federal relief programs are highlighting the reality that minority and women-owned businesses are underbanked and lack sufficient access to capital. They both discussed solutions they’re implementing from the public and private sectors to address the long-term problem of fully capitalizing local community and minority lenders to ensure they have the capacity to drive true economic revitalization. Senator Booker and Mr. Smith insisted that we need to make sure all communities—and particularly the Black community—have access to the banking systems; and that those systems in our communities have sufficient capital to invigorate and regenerate what will be lost during the pandemic. They stressed the need to think past the emergency efforts during the pandemic to take big action and drive true capital into minority and women-owned enterprises and allow them to generate the business and employment opportunities necessary to restart sustainable economic growth, which is imperative to the recovery of the entire U.S. economy.

James E. Clyburn is the Majority Whip—the third-ranking Democrat in the U.S. House of Representatives, and highest ranking Black member of Congress. He was recently appointed by Speaker Nancy Pelosi to lead the House committee formed to oversee the federal response to the coronavirus pandemic. Congressman Clyburn spoke with the Black Economic Alliance about the need to acknowledge inequities in the delivery of our healthcare and financial systems to make them work for everybody, the importance of directing capital to community lenders to get relief to more minority owned small businesses, the important role of HBCUs and minority-serving institutions in economic opportunity, and the need for broadband deployment to underserved communities. Congressman Clyburn has been a national leader on greater equity and making opportunity accessible for all Americans, so Black Economic Alliance leadership discussed different ways to partner with him on these efforts going forward.

Jeh Charles Johnson served as Secretary of Homeland Security from 2013-2017, and was also appointed by President Obama and confirmed by the Senate to be General Counsel of the Department of Defense from 2009-2013. Secretary Johnson spoke with the Black Economic Alliance about how the COVID-19 pandemic is teaching valuable lessons about preparedness and a response that requires cooperation among all levels of government, as well as the private and nonprofit sectors. Secretary Johnson helped focus the discussion on the election, and how governments and nongovernmental organizations should be adapting to the current environment that poses threats to all voters—particularly Black voters. Secretary Johnson outlined some of his perspectives on what leaders should be focused on in response to COVID-19 in a recent op-ed in The Hill, “Stop The Political Blame Game, So We Can Solve Our Crisis First.”

Steven Rattner served as Counselor to the Secretary of the Treasury and led the Obama Administration’s successful effort to restructure the automobile industry. BEA Co-Chair Charles Phillips, who sits on the Board of the Federal Reserve Bank of New York, moderated the discussion in which Rattner explained how the COVID-19 pandemic is impacting the American and global economies, and focused on the impact to Black Americans. Among many other things, Rattner discussed the components of the federal legislative relief packages to dates, what is still needed going forward, and importantly, efforts to help the current stimulus funds reach the black community. Rattner outlined some of his perspectives on the economic impact of COVID-19 and how to respond at a high level in a March 23rd Op-Ed in the NY Times, “We All Hate Bailouts, But We Need Them.”

To inquire about supporting BEA and how to be included in future COVID-19 speaker series events, please contact info@blackeconomicalliance.org. 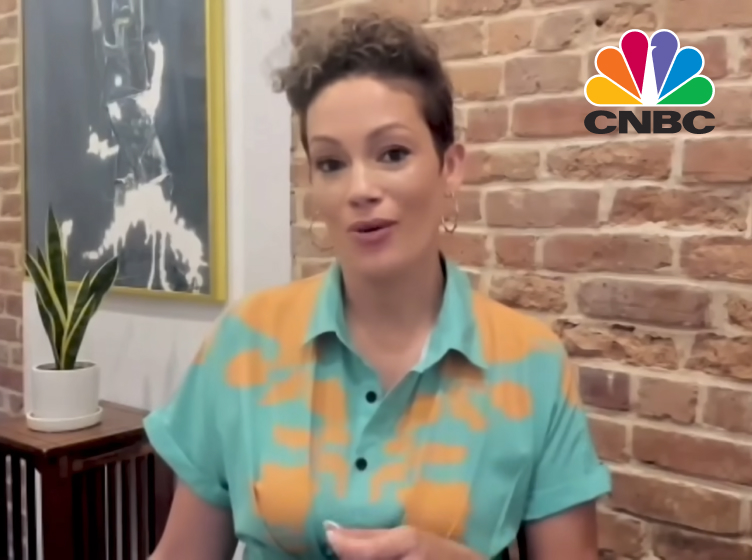 Raising a middle-class child will likely cost almost $286,000, according to USDA data 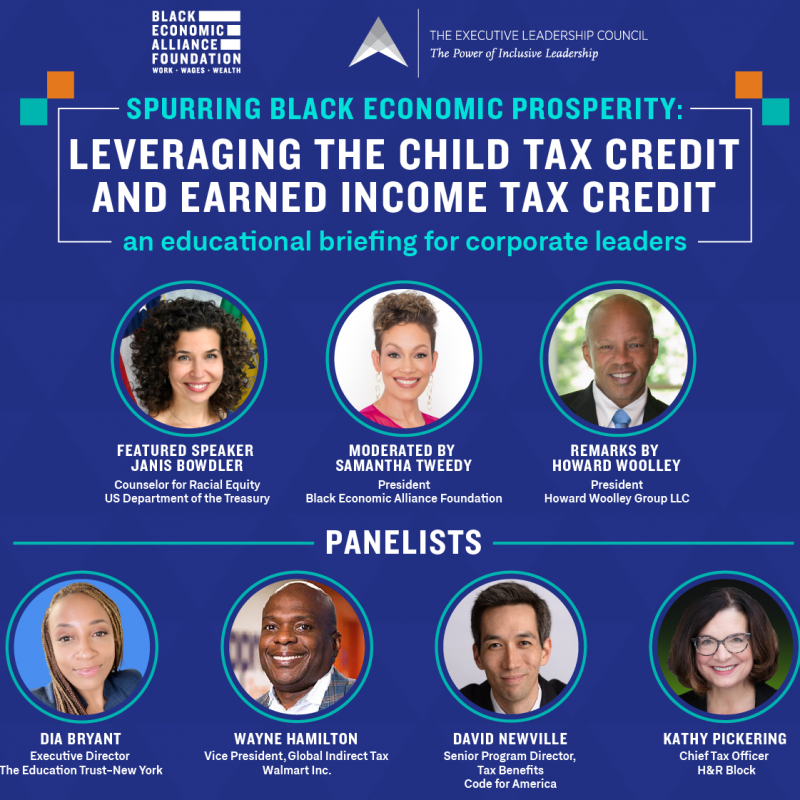